As we approach the 4th of July holiday, families are planning

freedoms and choices. I believe that sometimes we forget how lucky

we are and that many men and women, some barely old enough to

vote, are on foreign soil protecting our rights and freedoms.

Children squeal with delight as they watch the beautiful fireworks

in the sky and when they hear the explosions of fireworks, many have

no fear, as they know they are part of our celebration. However, those

fighting for our rights and freedoms spend many sleepless nights

watching for enemy fire. A loud noise means that a bomb or group of

individuals are getting close and they depend on their fellow soldiers

Our immediate family has always been proud to be Americans and

have served our country in times of war and peace. My father served

in the Navy in World War II, was wounded and lost a lung. When I

was born, he was in the VA hospital in K.C. having his lung removed

hold, due to the surgery. He had a scar about 12 inches long and 2

inches deep on the left side of his back. As a child my brother, sister

the war. I loved listening to his stories of how he first met me and I

loved looking at the swords, flags, etc. he brought back from Japan.

My uncle served in the Army, my father-in-law was Army, brother in

was then sent for training in Georgia, where we lived in a trailer park

outside of the base. That is where we adopted our first dog from the

base dog pound. Rock was a German Shepherd mix and was lots of

fun. After training Chuck was sent to Vietnam and Rock and I went

back to Missouri where I finished my college degree. Chuck was in

communications and I felt he was safe. Well, after he got back, they

told me that the communications area was usually blown up first, glad

I didn’t know that beforehand. We were then sent to North Carolina,

and Chuck received an early out. Missouri here we come.

honestly say, “We are proud to be Americans!”

and our country as we celebrate the 4th of July. Stay safe, have a great 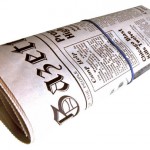